Small shop depends on software to compete, be accurate and stay on track. 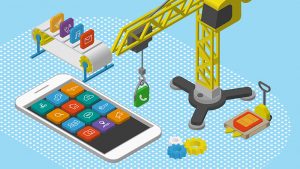 Can software save a shop? Walt Moore says that’s what happened in his shop.

This is not the story of some computer geek turned woodworker or, for that matter, a woodworker turned computer geek. Moore is a third-generation woodworker who prides himself on practical solutions in the shop. He’ll spend 10 minutes proudly showing off a shaper and sander setup that’s he’s developed to make building doors fast and efficient.

But Moore, who operates Colorcraft Cabinets Inc. in Bedford, N.H., is different from a lot of small-shop owners in that he looks at his one-to-three-man operation truly as a business. He knows that if he doesn’t make money, it doesn’t matter how good the work is. That’s a big part of why he is so sold on software. The other reason is he saw what it did to transform his father’s shop.

When Moore and his father opened a cabinet shop 20 years ago, the business was all about craftsmanship and production. Exhibiting typical New England frugality, Moore’s father was reticent to invest much to develop production efficiency in the shop. “My father didn’t believe in spending money,” Moore says simply. They had six people working hard in the shop, but the business wasn’t working. They were losing ground.

Moore himself was spending eight hours a day doing all the shop drawings and design work. He couldn’t even get out in the shop to help production. Then his wife spotted an ad for an early version of the KCDw cabinet design software program. Moore said his father was “furious” when he bought the program. But Moore says once he learned how to use it, the software turned eight hours of design work into 1-1/2 hours. That meant Moore could do other things besides draw plans.

“It turned the shop right around,” he says. “Nobody’s going to produce for your company like yourself. In small companies, the owner needs to work.”

Moore looks at the computer and software as just another tool he can use to drive his business. “When my software is down, it’s the same thing as not having a table saw,” he says. “It’s a money maker. It allows you to work. You can save the labor of another employee.”

In Moore’s operation, he does a great deal of the production work himself and then hires one or two contract workers, who also work for other shops, to help out as the work load dictates. He looks to software as the tool that allows him to devote most of his productive hours to the shop. He says he tries to do the office work at night or on weekends.

His main focus on a cabinet software program is for pricing and cutlist. The software automates those processes and makes them fast and accurate, he says. Although some shops say software design programs with elaborate graphics can also be a tremendous sales tool, Moore is less interested in that feature. But he does use the program as an interactive tool in working with customers.

Moore incorporated Colorcraft Cabinets Inc. as his own shop 10 years ago. Because of his long history in the area, including the work he did with his father, Moore says most of his work comes from referrals. When he gets a contact from a potential customer, it’s usually more of an issue of coming to terms with their budget than whether he will get the job or not, he says.

“The people who come to me are serious,” he says. “I shoot numbers to them right off the bat. When people ask me, ‘Can you make this?’ I say, ‘Can you afford it?'”

Moore has KCDw loaded into his laptop, so he can take it with him when he visits a client’s home. They can work together to design a kitchen on the spot and develop a price estimate. The customer sees all the features of the project and how they contribute to the price. If the final price doesn’t fit the client’s budget, it becomes more an issue of removing extras from the project or the client finding more money than it does trying to beat Moore up on the price, he says.

Not all of Moore’s work is directly with homeowners. Some of the original contacts and designs come from interior designers. But Moore says the drawings he typically gets from designers can’t be used as is. He calls those designer plans “cartoons.”

“I convert the drawings (to KCDw) so we don’t end up fighting later,” he says. That helps him spot problems where dimensions don’t make sense with the site specifics or production realities. He bases his contracts and has customers sign off on his KCDw drawings rather than any drawing supplied by a designer or architect.

Translating to the shop

Because Moore relies on software for design, pricing and cutlists, he is concerned about accuracy. Many of the kitchens he builds feature inset doors, which require very exact measurements. He says the software has no problem delivering the accurate cutlists he needs. He thinks that gives him a big edge over competitors like Home Depot that stay away from inset doors and other design features demanding high precision.

He typically uses ¾-inch plywood with 3/8-inch dadoes for construction. The software is set up for his construction methods. His compact shop building has only 880 square feet in the ground floor production area and about 660 square feet in an upstairs office and sales area. He uses conventional equipment, including a Delta table saw, Grizzly shaper, drum sander, dust collection, planer and jointer, and a Milwaukee vertical panel saw. There’s also a Bosch table saw that is used as a portable job site saw and in the shop for a second saw for quick cuts. He uses Blum boring and insertion machines for hinges.

He has grown up with the KCDw software, having first used it when it was a DOS-based program. He liked the DOS program so much, he was hesitant to move to Windows, but he says the Windows program has exceeded his expectations. He thinks the shop owner who is hesitant to get involved with software and knows little about computers would find the Windows program very accessible and easy to use.

He said another thing that enamored him of the KCDw program over the years was the level of customer support he’s gotten. He suggested that whatever software a new user chooses, they should make sure there is customer support to help them through the learning process. Although it took him only three hours to get up and running with the early version of KCDw he started with more than a decade ago, he recognizes newer programs may require more of a learning curve.

Moore suggests shops try to obtain a trial version of any software they are interested in and see what it can do for them. “Play with it,” he says.

Moore says using computer software in his business also gives him an edge in dealing with modern consumers. “You’re dealing with a more educated consumer today,” he says. “If you go in thinking your customer is stupid, you’re the stupid one.”

He says the modular features of KCDw allow fast and easy changes to meet customer design considerations. He can transfer files by e-mail, providing customers with information and pictures they need in a format they can read without them having to have the full KCDw program.

He compares software to machines. “The software gap is the same as not having a shaper in the shop,” he says, referring to a shop that is trying to get by with just a hand-held router. “You don’t know what you’re missing because you don’t have it.”

Moore is not looking back. He says he keeps a conventional drafting table in his office just to remind him “what not to do.”